DEFINING ‘’BATA’’ DANCE STYLE AS A PRELUDE TO SALSA

30 Jan DEFINING ‘’BATA’’ DANCE STYLE AS A PRELUDE TO SALSA With the advent of colonialism in Africa attended by the policy of assimilation employed by the Anglo-Saxon colonial lieges, Africans under the Anglophone region were forced to lose a greater portion of their cultural base. As the slave ships berthed at the ‘’Port-of-no-return’’ shores, the shimmering glory of Africa shone upon the face of the High seas leaving mirroring glances of sorrows and loses. As the hapless Africans bound in fetters are disported far away from motherland, there is left a vacuum in the decades of African history.

Hence, the need to revisit the times before times – setting the records straight for proper documentation in a modern world. The slave trade era did not only heist human resources but in reality, the Arts and crafts that defined those days. Bata been one of the m12ilestone of the Yoruba primordial arts was also carted away to the homestead of the Americas: home of the 19th century slave merchants.

As earlier stated, the Bata drum is as old as time itself peculiar to a particular whose ancestry passed down its custom by way of rites of passage. By anthropological submission, certain parts of Latin America are populated by the black race especially the Yoruba people. So, it is not surprising that Bata has similar body movements and slight variations as the Salsa which was propounded and popularized by Afro-Cubans in South Bronx, New York, USA.

From the standpoint of ‘’Geographical Indication’’, an aspect of copyright that deals with the protection of the origin of a particular product from a location, the argument that Salsa originated from Bata may be a shot over the bar. Yet, taking into cognizance the progenitors of the Salsa as descendants of slaves who were originally the custodian of the Bata dance style, the provision for the protection of Folklore is tenable – opened to further clarifications and historical backings (as the case may be).

As African practitioners of Theatre in a modern world, this is a clarion call to look inward and define what is truly ours. Inspired by the principle of cultural renaissance, I started the Bata Wajo dance session – an online Bata dance style variation which was aimed at educating citizens of the world about what Bata dance really stands for. The sessions recorded tremendous acceptance, a pointer to the fact that there are still more grounds to fallow.

I wish us all fruitful deliberations. 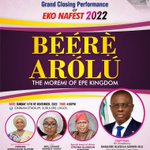 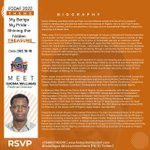 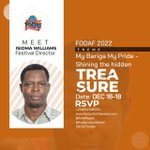 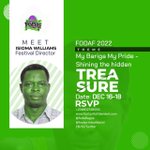 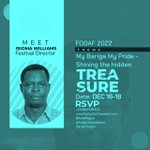 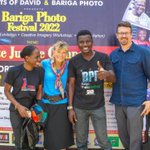 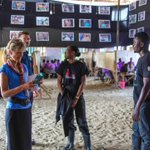 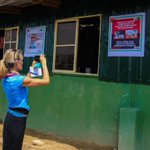 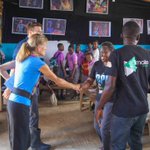